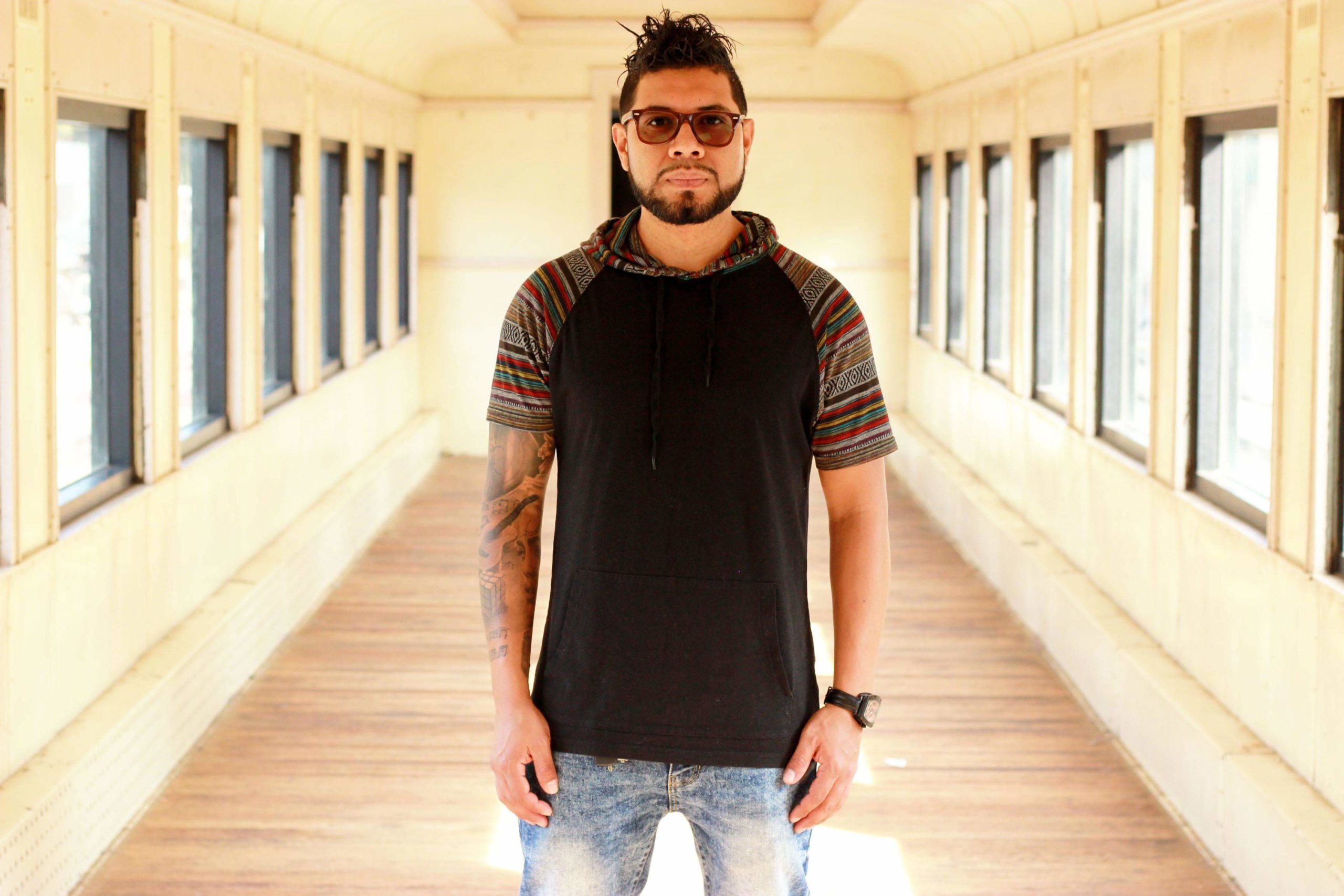 But it was my uncle Abraham my mom’s cousin who was about the same age as myself the one who taught me how to play guitar when I was around thirteen.

He passed away only four years after that. By then, I was playing with the school band and in my own project.

I found myself playing and writing more than ever before, my guitar helped me during those difficult times.

Coming to the U.S. was a struggle as most new things are, but also a great adventure.

Because of my age, I could have continued my High School but we needed money so I started working in a warehouse and then as a union laborer as soon as I turned eighteen.

At the same time I was pursuing my music dream, I have meed this amazing guitar player with an extraordinary talent, he could play from flamenco to speed metal and with Luis Marquez, I did my first demos.

Not too long after we meet Ruben Chavez a drummer from Riverside that was into Spanish Rock and Heavy Metal.

I picked up the bass and we began to play at different locations around the IE, OC, and LA as Espuelas Negras.

Around that time, I wrote a few songs two of which I have recently recorded and made part of my new album, those are “Inocente Otra Vez” and “Limbo”.